May, Mai or Maï is nowadays Kayasu and is considered a relevant archaeological site, discovered by prof. H. Bahar (Selçuk University). It is a second millennium settlement, whose location within the on-going search for Tarhuntassa has been recently underlined by M. A. Jones in his dissertation (2017: 35–36, 41, 197, 207–209, 258). This toponym is "Mai" in Sterrett’s map, a name used instead by Ramsay for the river flowing south of Dinorna, that he calls "Mai Chai", while in the former’s map it is "Tekke Tchai" (Sterrett 1888: 148–149, 153). The diffusion of this toponym in a region between lake Suğla and Çumra makes it more likely that "May" is a relic of ancient times and not a Turkish word (ma–mai, water or mawi, "blue", "watery"). Considered that distant places bear Mai-names, such as, from east to west, May Dam (May Baraji), near Çumra, where Kay river alluvial waters are restrained, and the canyon Mavi or May Boğaz through which Çarsamba Çay flows after leaving lake Suğla, we should wonder whether it is just a matter of waters and swamplands. Another explanation would allow to sum up some interesting data: May river streambed is meandering and Maiandros (KH 93-94; KON 357, § 752) is the Lydian river which is notorious for is tortuous course. A first hypothesis is to derive its name from the Luwian language: *mai-ant-(al)la- where mai(u)- is a Hattian word for a still undetermined textile (Soysal 2004: 294) and -ant- the individualizing suffix (Dardano 2010) as in the Luwian word armantallana- (or in the Hittite utniyant- "country, people" from utne- "land"). The Luwian suffix -la- is a fairly common adjectival suffix (Melchert 2003: 195) and would be added to hypostatize the winding feature of the river. The Cappadocian toponym Maiandara (TIB2 228, s. v. Malandara) may preserve the idea of an alluvial river fan, where such meanders can be observed. Hulana (Porsuk Çay) is another Hittite river that may owe its name to the winding course (HED 3:361).The Hittite hulana- and the Hattian mai(u)- river land mentioned in Hittite treaties as the border with the land of Tarhuntassa belong to the same semantic field of textiles and probably both of them gave a contribution to that of hydronomy too. It would be interesting to discover some more about Mai as a land in the neighbourhood of Hulaya river land. Maybe the same territory? 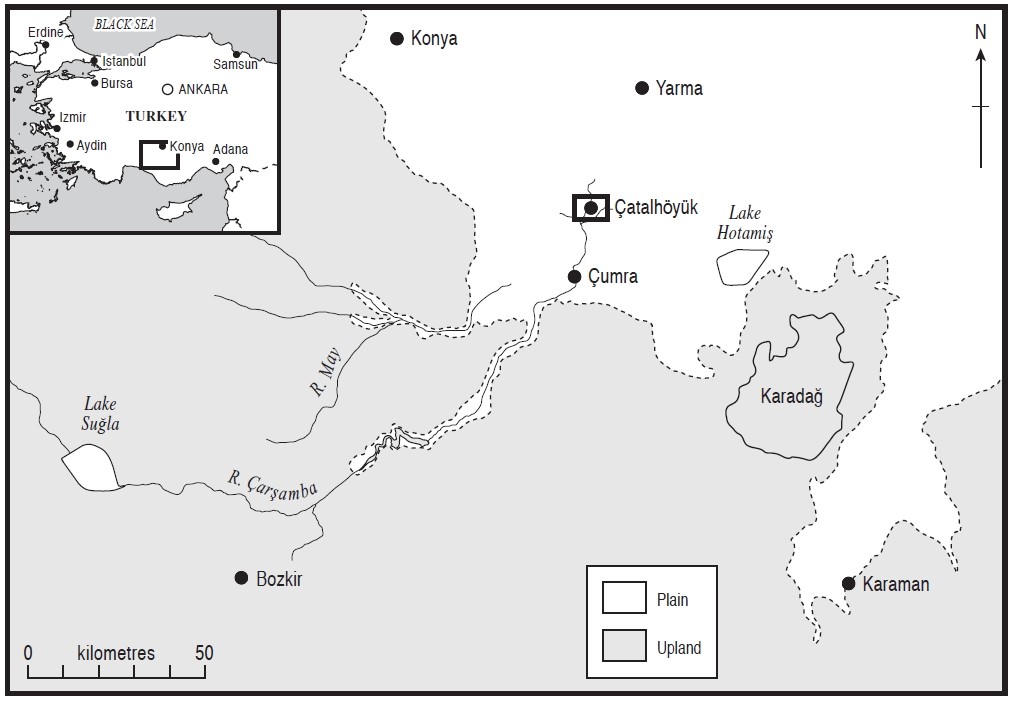